Ballygowan Concert Flute Band gladly accepted an invitation to play with the Ulster Orchestra as part of the Ulster Bank Belfast Festival at Queens. The world premiere was in the Whitla Hall, Belfast on 30 October 2012, and Belfast Composer Ian Wilson and Pianist Matthew Schellhorn were in discussion before the evening's music making got under way.
When asked about the choice of the name "Flags and Emblems", Ian said there had been nothing political or provocative - maybe naughty - about the name. It was intended to be symbolic of cultural identity. He went on to say that the piece contained some march-like music and some Irish-like airs, and they were in different contexts (sometimes reversed). He admitted to previously setting some traditional Irish words to new tunes, and in Flags and Emblems, all the tunes included were original. He explained to the audience that Ballygowan was not a marching band per se, but were a concert band having a wide range of flutes from piccolo to contra bass. Ian saw the musicians as three ensembles (flute band, orchestral woodwind and brass), and the three were distinct in the early part of the piece, but then blurred and came together as one towards the end.

Matthew was asked how challenging the piece was. He responded that it was good that the piano did not dominate throughout, as is usual with a concerto; he liked that the music sounds difficult to play, particularly because it is. He said he enjoyed the interplay between the ensembles, and the way they came together towards the end. When asked how much attention he needed to pay to the other parts, he answered that he was always aware of what was going on with the various harmonies.

Finally Ian was asked what it was like to conduct his own music. He answered that it wasn't an issue; when in front of the orchestra, he could easily have been conducting someone else's piece .

“Flags and Emblems” proved to be a great hit with the audience.

“Taking two very different types of musical material and exploring how having them in close proximity can alter their fundamental characteristics, this new work by Ian Wilson is exciting, contemplative and uplifting. Pianist Matthew Schellhorn a long–time collaborator of Wilson’s and the Ballygowan Flute Band combine to create this unique performance. Flags and Emblems is commissioned by the Ulster Orchestra with funding from the Arts Council of Northern Ireland Lottery Unit.”

The concert was recorded for future broadcasting on BBC Radio 3

Photos taken in the Whitla Hall and in the Bandroom (courtesy of Matthew Schellhorn): 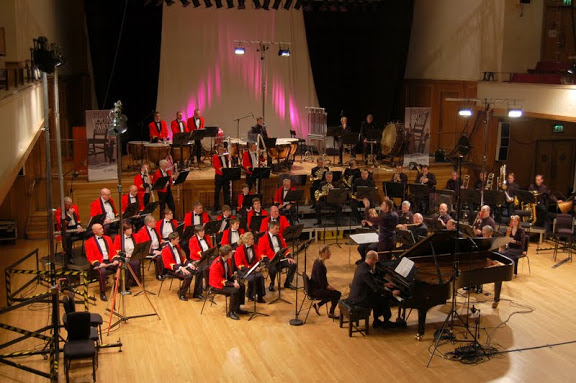 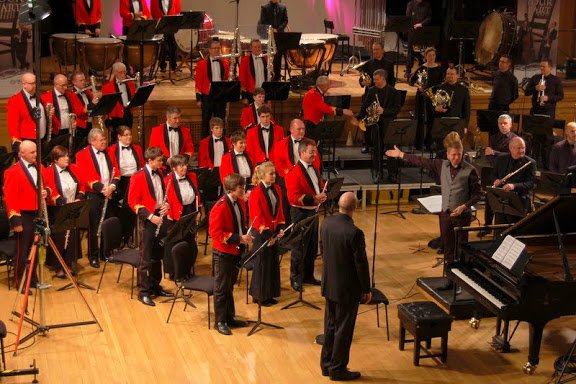 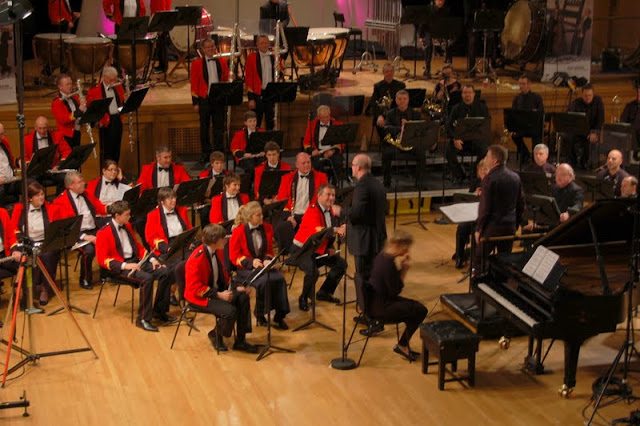 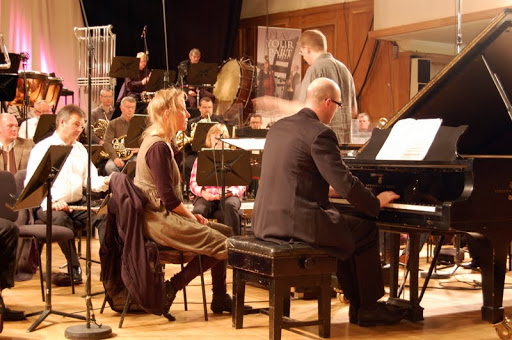 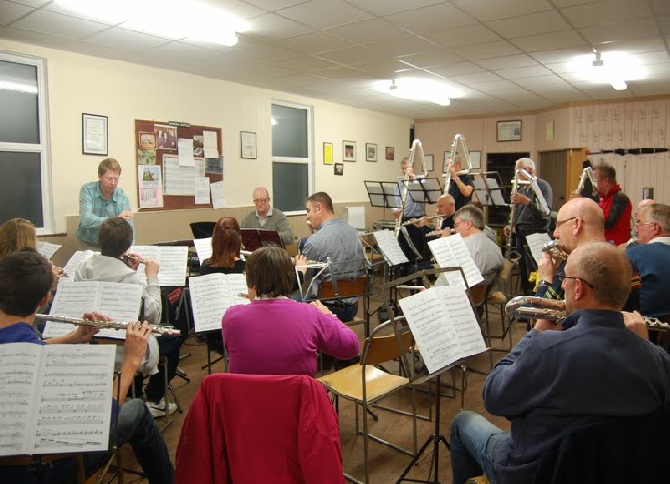 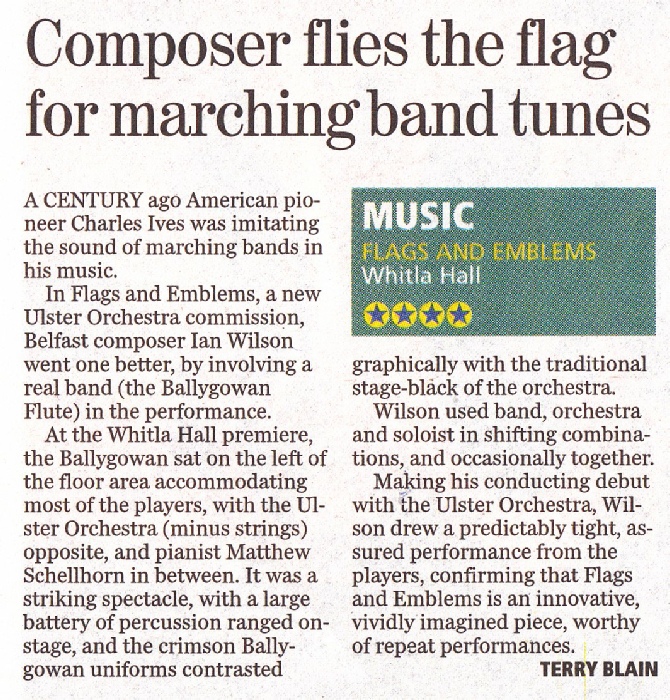 Courtesy of the Belfast Telegraph